Soil is the mineral and organic material found on the surface of the Earth which is a natural growing medium for plants.

Many growers supplement their soil with perlite for added drainage. Soil growers also almost always add either liquid nutrients or nutrient-rich materials such as manure, earthworm castings, or seabird/bat guano to make sure the marijuana plants get everything they need.

Organic potting soils often work well for growing marijuana when mixed with perlite. Fox Farm Ocean Forest is a popular soil choice among marijuana growers. Regardless of the soil you start with, most growers will need to supplement with nutrients for the best results.

Plants naturally absorb nutrients from soil, though especially in the flowering stage, it’s up to you to provide just the right amount (not too much) of the right kind of nutrients to maximize your yields and prevent nutrient deficiencies.

If you start with rich soil like Fox Farms Ocean Forest, you won’t need to add any extra nutrients for at least the first few weeks of growth, but by the time your plant gets to the flowering/budding phase, it’s very important you add additional nutrients to support bud growth (since your plant will have already used a lot of the nutrients in the soil.

Hydroponics refers to growing plants in pretty much anything besides soil, including growing mediums like coco coir, sand, gravel, straight water, or even misted air.

When growing marijuana hydroponically, as the grower it’s up to you to provide all the nutrients your plants need throughout the entire grow. This is done by adding nutrients to their water supply.

The benefit to this is that you can accurately provide the right amount of exactly the right kind of nutrients your marijuana plants want, to maximize your yields. 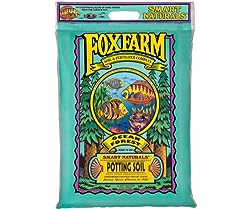 Biggest Differences Between Growing Marijuana in Soil vs Hydro

Generally hydroponic and soil-grown cannabis need slightly different nutrients, but there is one nutrient system that works for cannabis in all growing mediums, including soil, coco and hydro. If you’re not sure what to get, it may be worth a try.
Optimum pH for Nutrient Absorption

Even if you’re growing in a potting mix, if it doesn’t say “soil” you will need to adjust the pH for hydro levels. So if your bag says “Coco Coir” then use the pH for Hydro. We recently received this question where a reader was growing marijuana in a mix of vermiculite and perlite. Because this seems soil-like, he was adjusting the pH levels as if he were growing in soil.

It’s important to note that growing hydroponically means growing in basically anything besides soil, even if it resembles soil. Question: I’m growing 3 White Widow plants in soil with High Pressure Sodium (HPS) lights using cannabis-specific nutrients. The soil is made up of 75% Perlite 25% Vermiculite and I’m adjusting the pH to 5.5 – 5.9. All my plants seem to be having this problem. Any idea why? Thank you in advance.

Magnesium deficiency, but considering your nutrients have plenty of magnesium, and what you said about your pH. I think this is really a pH problem.

Using Perlite and Vermiculite is still technically considered hydroponic (not soil), so you’ll need to use a hydroponic pH range (5.5 – 6.5). Magnesium and Calcium especially tend to get locked out when the pH near the roots drops below 6.0. If you adjust the pH to the proper levels, this problem should clear right up.

Also make sure you’re testing the pH of the runoff water that comes out the bottom of your pot. This will give you a clue if there’s something going on at the roots that is dramatically changing your pH. Good luck!
Hydro and Soil Grown Marijuana Usually Need Different Nutrients As a general rule, you will need to get nutrients specifically made for soil or hydro. This is because soil provides some nutrients, while in hydro you must provide all the nutrients. Dyna-Gro is a noted and well-loved exception that works great for growing marijuana in soil or hydroponically. Just follow their instructions at half strength. Use “Grow” or “Foliage Pro” for the first part of the plant’s life and then switch to “Bloom” after you see the first flowers growing.

There Are So Many Different Hydroponic Methods, It’s Hard to Generalize

Each hydroponic grow method has its own pros and cons, and they’re so different from each other it’s hard to truly compare “hydro vs soil.”

Some hydro growers use bubbleponics of Deep Water Culture (DWC) which means they’re growing with their plant roots directly in water.

Other hydroponic growers grow in soilless potting mixes or coco coir, which in practice is extremely similar to growing in soil besides the nutrients and optimum pH.