What Are White Spots On Cannabis And How To Fix ” Thrips “

Thrips are small, fast-moving insects and can come in many forms, from pale wormy looking things to dark winged insects, depending on the stage of life and where you live.

They pierce cannabis leaves with their mouths and suck out all the good stuff, leaving shiny (sometimes people think it looks slimy), silver or bronze spots wherever the leaves were bitten. The spots are bigger and more irregularly shaped than the bites left from spider mites. If it goes on too long the affected leaves may start dying. 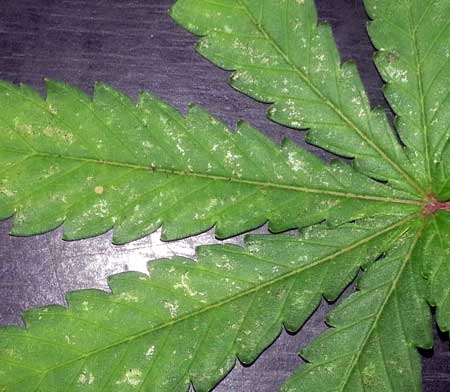 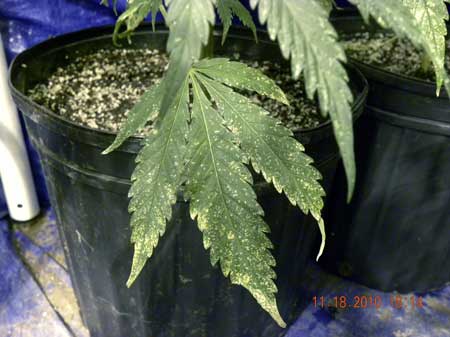 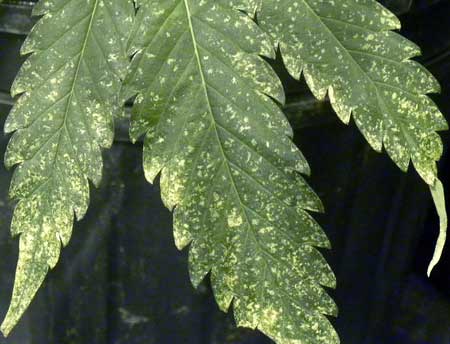 Although it doesn’t really look like it in pictures, in real life thrip damage has been described as looking like “dried spit” or tiny snail trails. 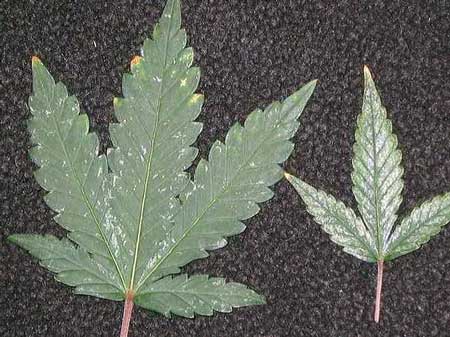 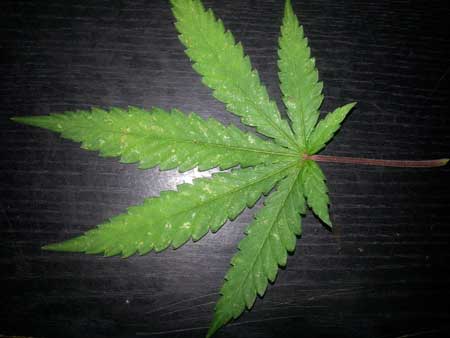 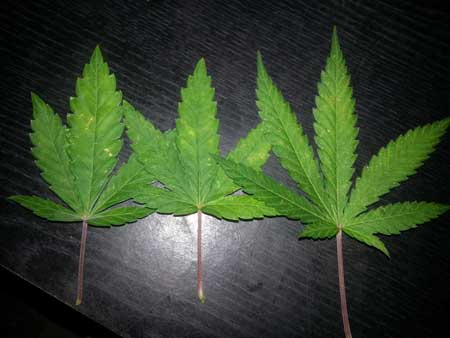 Here’s a picture of an adult thrip on a finger for scale – they’re tiny! 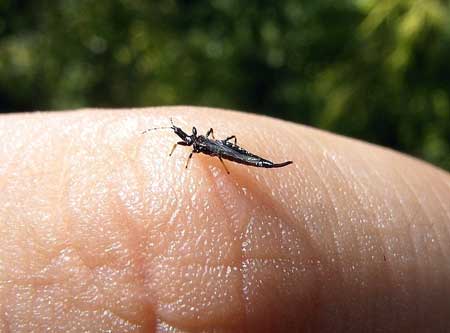 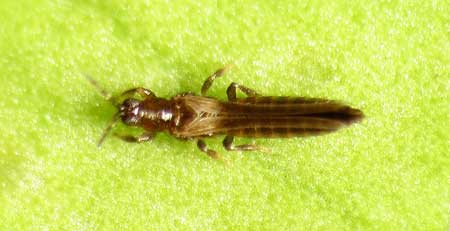 They can appear dark colored like the ones above, but also yellow, transparent or golden 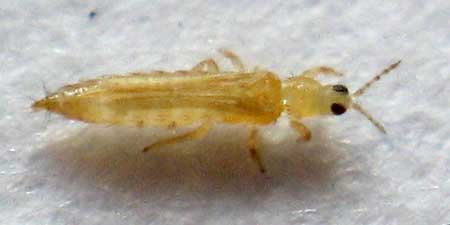 They can appear with or without wings, depending on their stage of life 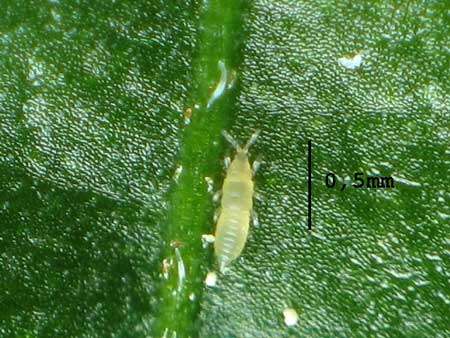 A closeup of another baby thrip in “nymph” form 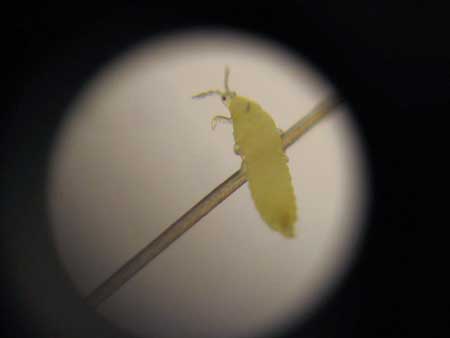 A Thrip nymph on a cannabis leaf – I hope this helps show you how tiny they are. 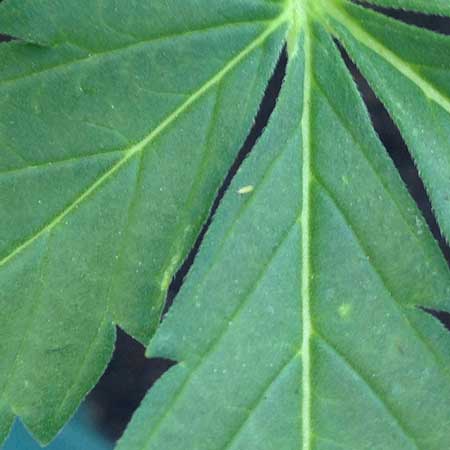 A thrip nymph looks tubular and worm-like, unlike an aphid nymph which looks like a tiny white bug 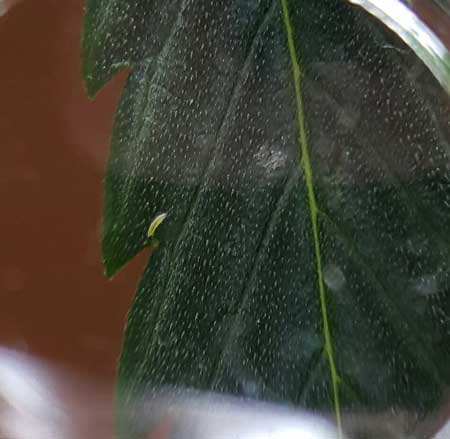 Fatty acid salts or insecticidal soaps can be a good choice against thrips. They weaken the outer shell of thrips but are safe to use on your plants and they don’t leave much of a residue.

With soaps, coverage is very important as it does not stay on your plant for long, so follow-up applications may be necessary. Although this is considered safe, avoid getting any on your buds!

Neem Oil will leave an unpleasant taste/smell on buds when used to treat flowering plants, so don’t let this stuff get near your buds! There’s also some evidence Neem oil may be harmful to humans so use with care! That being said, Neem oil is an all-natural remedy that is very effective against many different types of bugs and mold. You will need a mister (also called a “One-Hand Pressure Sprayer”) to spray all the leaves evenly, since neem oil and water can separate easily.

Spinosad products are organic and unlike many other thrip pesticides, completely harmless to pets, children, and plants. Unlike many insecticides, you can spray spinosad heavily on leaves and roots with basically no negative effects. Spinosad products can be used directly to kill thrips on contact, but can also be used when watering plants to systematically kill thrips via the roots. Spinosad is also effective at fighting caterpillers, spider mites, and many other marijuana pests.

Can be used both as a topical spray, and can also be used directly at the roots. Spinosad is an organic insecticide made from the fermentation of a specific soil bacteria (actinomycete Saccharopolyspora spinosa) and kills thrips via ingestion or contact by effecting the insect nervous system. Spinosad can be a good choice for organic and outdoor growers, because it is very toxic to thips, but is less toxic to many beneficial insects.

Note: Most spinosad products are effective for only about 24 hours after being mixed with water, so only mix as much as you will need per application. Anything left over will be waste.​​

Pyrethrin based insecticides are not very toxic for humans and degrade quickly, which is why they’re commonly recommended for vegetable gardens. You will need a mister (also called a “One-Hand Pressure Sprayer”) to spray all the leaves evenly.

Pyrethrin products break down quickly, over the course of just a day or two. The major problem with them is they are very toxic to bees. Although cannabis plants generally don’t attract a lot of bees, please use this as a last resort, and also try to use it right after the sun goes down because bees sleep at night. This lets it start to break down before they wake up.